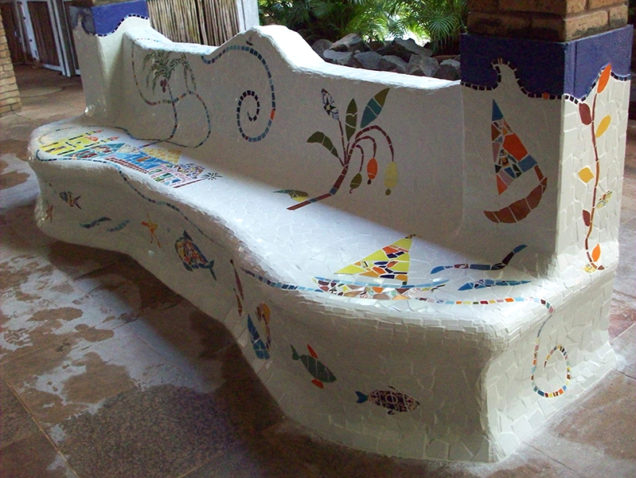 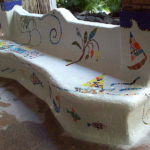 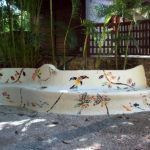 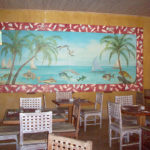 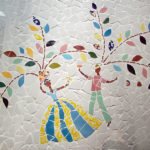 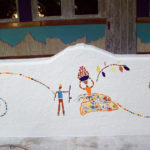 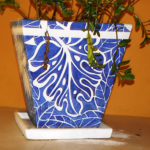 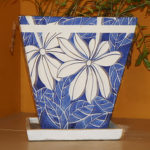 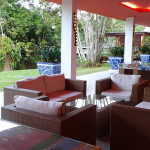 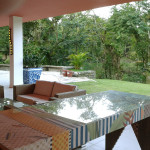 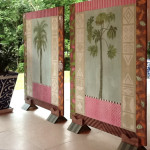 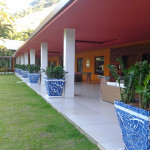 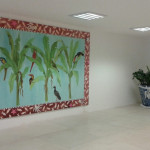 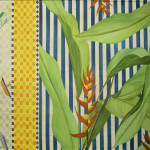 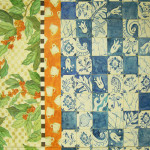 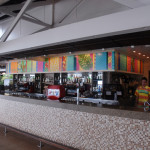 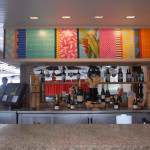 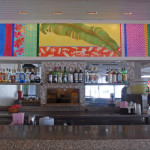 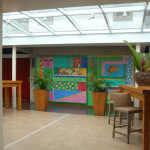 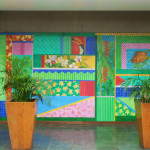 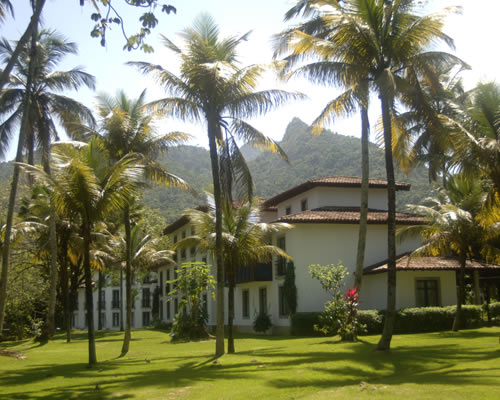 I made some first paintings in the Club Med’s bar in Angra dos Reis: hyper colored patchworks reflecting the good humor and the fantasy of the place. A few years later I was called to do a porch decoration project, in which I created several panels, tables and large vases.
In Itaparica’s Club Med, I proposed to cover the benches with mosaics: I made the cards and the work was very well executed by 2 mosaicists. 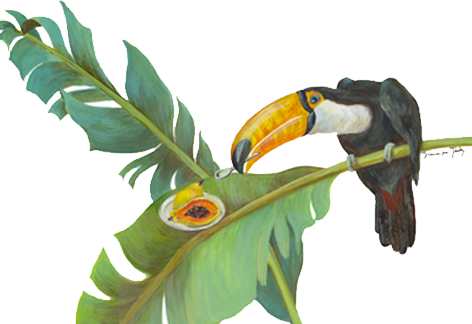 CATÁLOGO ONLINE
Back to Top